That upset me! Emotions are feelings of thought!

If you are having a private conversation in business life sometimes, then you are holding back with emotions as much as you can. It saves you a lot of time and thematic detour. You know this for sure when discussing a matter and suddenly many other topics appear in a conversation. And in the end, no one knows what the actual topic of the conversation was.

But why is that? That happens when emotions come into the discussion. When your opposite praises, attacks, condemns, loves, blames or feels touched by other emotions. Or you yourself. In a personal conversation you may be able to react quickly. But in e-mails or other written messaging it is much more complicated.
adobe.stock.com
Let's look at which emotions we can create with our words. One of the most well-known projects on this topic is the project Magellan. It is an international research project for measuring linguistically induced emotions. The point is to measure the feeling associations for the most common terms of different languages. But not only the terms we use in our language also on which level we touch our interlocutor or he touches us.
The psychologist Charles E. Osgood researched the so-called affective connotations in more than 20 different languages and cultures in the 50s and 60s. It's about the feelings that are connected with words.

The three levels of our feelings.

But now we come to the words and the language with which we can evoke or control the emotions. The most extensive exploration of this topic was the Magellan project. Data on linguistic sensations has been collected worldwide in various languages and cultures. All of this data is aggregated into a large database at Indiana University, so that comparative culture studies based on the emotional structure of the language are possible.
It has been found to make it easier to show that the language and its meaning differ between members of different social milieus. However, whether speech and some evoke different emotional sensations at the same words, they all have the same dimensions of a so-called "emotional space". Fear, anger, sadness and joy.
To understand our emotions triggered by words, the Magellan project divides it into three phrases. Valence is the group that causes pleasant or unpleasant feelings. The word group of potency triggers feelings of power or weakness. And the third phrase is the arousal. This phrase triggers vivid feelings or tranquility.
Are you curious what words are those? Here some examples.
VALENCE FEELINGS (uncomfortable / pleasant)
Pleasant feelings
Unpleasant feelings
POTENTIAL FEELING (power / weakness)
Words that trigger the feeling of power
These words trigger the feeling of weakness
EXCITATION FEELINGS (Lively / Rest)
Words that trigger lively emotions in us
Words that cause silence
In order to train your knowledge of the words and what emotions they trigger now, I propose the following. Search your own verbal and written language for the emotional impact of the words you use. So you may recognize why you were successful in one case and not in the other. Make sure you make your statement in a way that they leave a positive emotional balance to your conversation partner.
"What do we mean by liberation?
The victory over our emotions. "
© Dalai Lama (born 1935), (Tenzin Gyatso, 14th spiritual and political leader of the Tibetans) was awarded the Nobel Peace Prize in 1989.

What does the lion care what the antelopes think? How to become a high flyer with the right self-guidance. 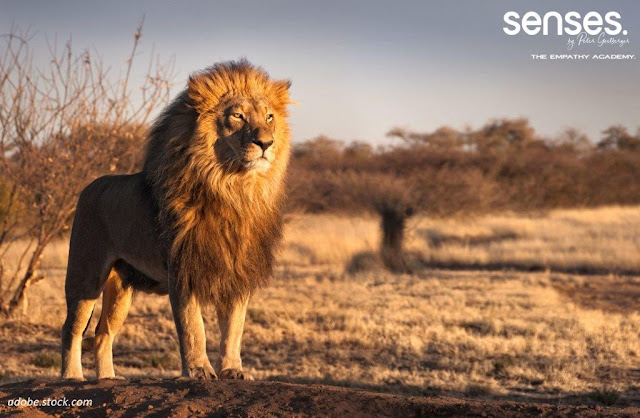 Maybe you know that too. There are some days when we are already exhausted and tired at the beginning of the day. We are very happy to work and look forward to the colleagues in work. We do our best work and private, but instead of approaching it with a zest for life we are tired and exhausted.

There may be some reasons why we feel that way today. Yes, also stressful situations in the job as well as in the private life sometimes throw us to the ground. But it is rather secondary which environmental influences push us down. It is rather important how we deal with it. Because think of a lion. He never hesitates about his power. Many of us often tend to criticize ourselves when in distressing situations. At the moment we have stress we begin to berate and accuse us. Even before we bring our anger to the outside. Without consciously perceiving it, we attack ourselves. But our "built-in" mechanism immediately goes into the defense mode in such a situation. But now it begins a cy…
Mehr anzeigen

Using emotions correctly puts you in the fast lane

That may confuse you now. But if you have a conversation in your business life as well as sometimes in private, you should react with emotions as far as you can, or use them in a good manner. It saves you a lot of time and thematic detours if you use emotions correctly. You know this for sure when discussing a matter, and suddenly many other topics appear in a conversation. And in the end, you do not even know what you're talking to your conversation partner. But why is that? That happens when emotions come into the discussion. When your interlocutor praises, attacks, condemns, loves, blames or feels touched by other emotions. Or you. In a conversation, you may be able to react quickly. But in e-mails or other written messages, it is already much more complicated.

Let's look at what emotions we can bring about with our words. One of the most well-known projects on this topic is the project, Magellan. It is an international research project to measure linguistically triggered e…
Mehr anzeigen

Affect control - because who slows down has already won. 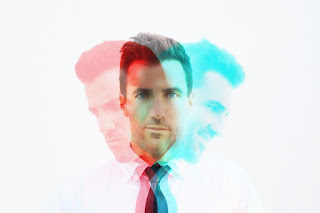 Have you ever had the idea that you said or did some things that you did not want? And vice versa, that they had refrained, even though it would have been better to say something or to act? Well, much of it happens in our affect. So, if we could control our affect actions, we are already a big step ahead in being more successful with the right actions at the right time.


Affect comes from the subconscious mind Most of our actions and thinking are controlled by our subconscious mind. This part of our personality is responsible for our thoughts, our words and how we act. It helps and support us on everyday decisions like brushing our teeth, driving, and so on. But much more. The subconscious also has an impact on others, our areas of life such as our behaviors and responses, our beliefs, our performance, and the personal accomplishments associated with it.
What is an affect? In the area of psychology, an affect is a special quality of feeling. Affects are always spontaneously occurring emoti…
Mehr anzeigen